“I sure miss the polar bears. Their babies are so warm and cuddly and trusting, just like ours.” – Kurt Vonnegut

I’d rather write about polar bears than people. – Mary Oliver

On Monday, February 27th, international polar bear day, grooming at the Sawtooth ski areas was productive. At Park Creek all trails were ginzu groomed. Thaddeus Sardonicus himself skied Skyrocket and declared it good. At Alturas lake, North Cabin Creek trail was rolled and all trails to the east of the creek were double or triple graded to flatten things things out. Ginzu grooming to follow up there on Tuesday. 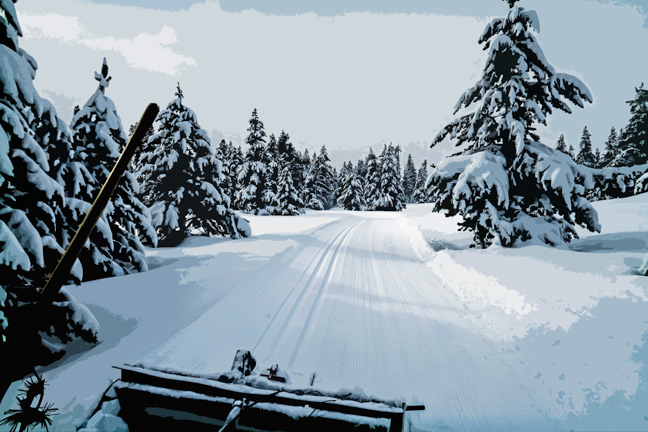 On February 25th, all ski trails at Alturas lake except for North Cabin were ginzu groomed for skate and touring. Although a bit narrow and dishy in spots, they appeared to be much improved… looking very nice indeed. Classic tracks were added on South Loop, Over the Hill and the Trail to the Lake. The soup kitchen site was compacted and beginning to firm up. It’s only one week away! Potato leek, tomato tortellini, chicken noodle and cookies galore! More grooming at Alturas is scheduled for Sunday. At Park Creek, all trails have been rolled with a ginzu treatment on Camus, Shooting Star and Lupine. 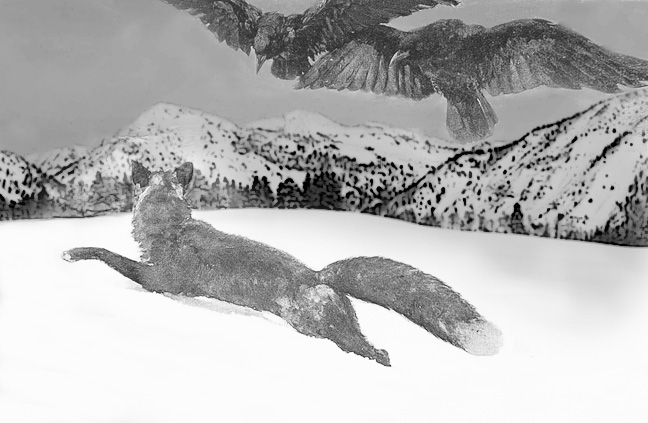 On February 23rd, the grooming Yankee Forker reported all trails at Park Creek to be open. On the 23rd at Alturas Lake, Davinius rolled the trail from the bridge to the lake, so all trails there, except for North Cabin and Wapiti, were open as well, open, but somewhat primitive, or should we say “old school”? Snowing and grooming are both ongoing and it is hard to say which will prevail. Who will find lunch, the raven or the fox? 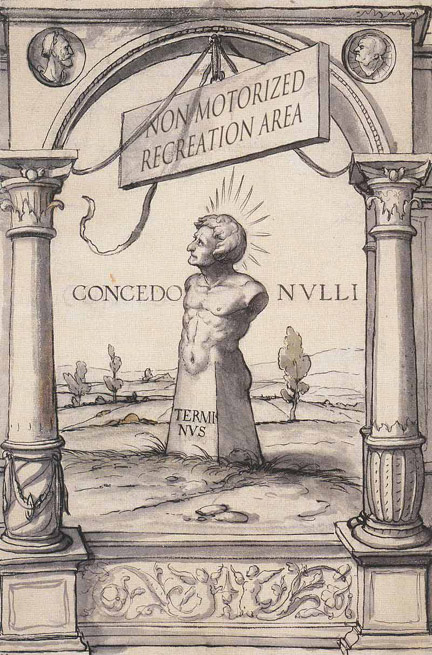 On February 23rd, the last day of the year in the old Roman calendar and the feast day of Terminus, the Roman diety who ruled over boundaries, we celebrate Terminalia and the psychogeographic cross country ski areas at Alturas Lake and Park Creek. Skiers are encouraged to drift about the trails, attentive to their senses and emotions as they relate to place and the natural environment around them. Swish, swish, glide, ooooooo, ahhhhhhh, ommmmmmmm…. At Park Creek on Wednesday, Lupine, Camus and Shooting Star were rolled and Ginzu groomed for skate and classic. At Alturas Lake, the Trail to the Lake as far as the junction, Over the Hill, Sheep Thrills and South Loop were rolled.

On Sunday, February 19th, all ski trails to the east of Alturas Lake Creek were groomed with 2 passes of the roller. The roller stored on the west side of the creek was also dug out from under several feet of snow but suddenly intensifying snowfall persuaded wise old groomer Davinius to abandon any plans to roll on to the lake and he retreated back to the highway. On Monday, intense snowfall continues and we suggest all snow bunnies remain in their holes.