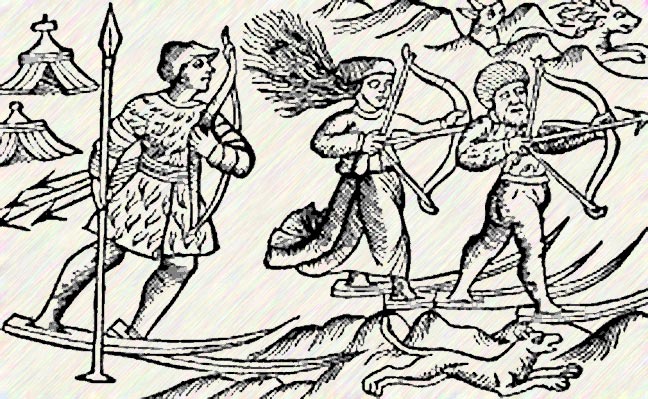 On Sunday, the 29th of January, North Cabin Creek Trail at Alturas lake was compacted and rolled and skate lanes on the Trail to the Lake as far as the creek, Over the Hill and South Loop were touched up. All trails were looking very good.

At Park Creek, Sego, Larkspur, Shooting Star and Camus were ginzu groomed for skate and classic and one ginzu pass was made over Skyrocket. 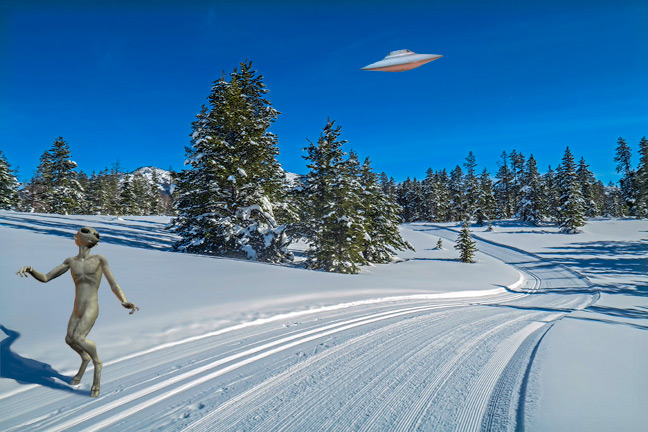 ALTURAS SKI TRAILS OUT OF THIS WORLD

At Park Creek, all trails were rolled but Larkspur and Skyrocket were still rough and rutty. The Camus – Shooting Star loop was looking very good. Grooming on Sunday is scheduled to smooth out rough spots and add classic tracks. 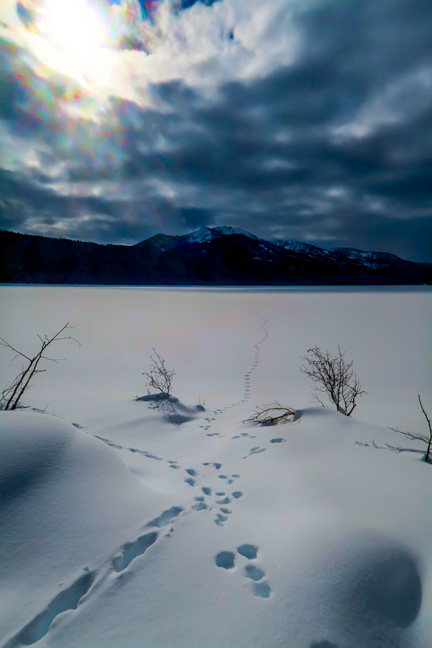 WHAT IS THIS JOURNEY WE ARE ON?

On Thursday, the 26th of January, Davinius dug out the ginzu, touched up trails to the east of the creek and groomed for skate and classic from the bridge to Alturas Lake. At the lake shore, bunny tracks led from the snow drifted edge far out onto the lake until they disappeared in the shimmering light.  Davinius peered out into the light, wondering, “Where’d that rabbit go? What is this journey we are on?” 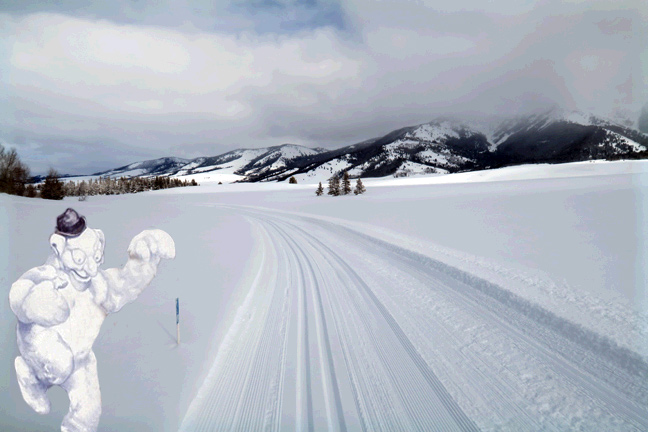 At Park Creek, grooming efforts on Tuesday paid off with most  excellent ginzu groomed surfaces on Lupine loop, Shooting Star and Camus. Sego is blocked by falling trees and not recommended. Skyrocket trail has been snow mowed but not yet rolled due to deep snow. Efforts continue there.

At Alturas Lake, The Trail to the Lake as far as the tipi, Over the Hill and South Loop were ginzu groomed for both skate and classic. Wapiti was ginzued flat and Sheep Thrills rolled flat. 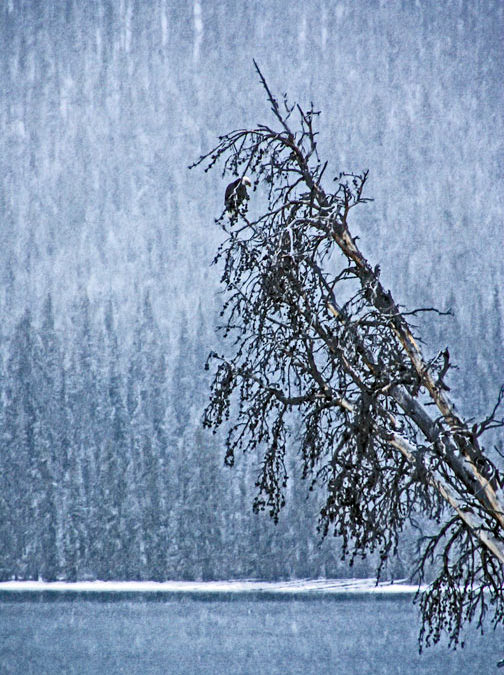 At the Alturas Lake ski area on Monday, January 23rd, National Pie Day, the Trail to Alturas Lake, Over the Hill and South Loop were all rolled through 10 or 12 inches of new blown snow. Beautiful soft trails. More grooming scheduled for Tuesday. At Park Creek, a major logjam blocking the trail to Skyrocket was cleared over the weekend by our intrepid grooming Yankeeforker and his assistant, il Barbarosa, the chain saw wielding Emmenite.