Saturday, December 30th,  all trails at Park Creek were groomed for skate and classic. Enthusiastic skiers applauded the excellent trail conditions and good vibes. At Alturas Lake all trails except for Wapiti and Sheep Thrills were freshly groomed and skiing really well. Those two trails were lightly covered by new snow and were reportedly excellent retreats for lovers of pristine winterscapes. On the Trail to the Lake, wild western wind blown snow was filling in some open meadow classic tracks.   Meanwhile, in the enchanted forest,  a new route circumventing a series of scary leaning trees was opened with the help of el Barbarosa, the woodsman. After a wild time Saturday night of rocking out to Muzzie and Mickey and the Motorcars at the new village dancehall, Alturas groomer Davinius and Park Creek’s first man Adam were planning a Sunday afternoon touch up to the trails. 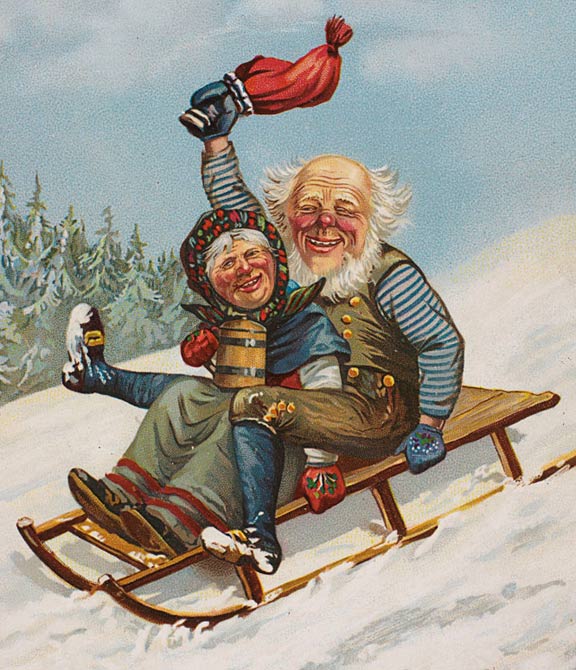 On December 28th, Over the Hill. the Trail to the Lake as far as the bridge junction and South Loop were groomed at the Alturas Lake Ski Area . Temperatures in the high 30’s resulted in warm sticky snow that piled in glommy heaps in front of the ginzu groomer and an overheating snowmachine.  Although usually a passionate and dedicated groomer, old Davinius decided to leave his frustrating task behind for a day of sledding with the pretty girl from the village.  More grooming is scheduled for Saturday at Park Creek and Alturas. 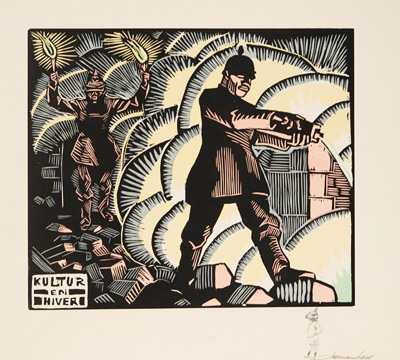 On December 27th, the birthday of the great French artist and illustrator, Hermann–Paul, Sawtooth Valley skiers are celebrating Kultur in Winter. All ski trails at Park Creek and Alturas Lake were groomed over the long holiday weekend and more grooming is scheduled for today. Skiing conditions are “just fine” . New snow has refreshed trails and signs of sagebrush are receding from our meadows and memories.

ADDENDUM 12/28/17: All trails at Alturas were, in fact, groomed on Wednesday and skiing great!!! 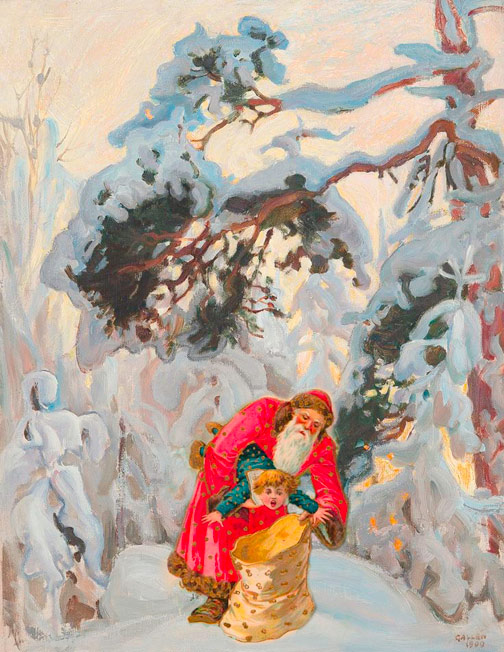 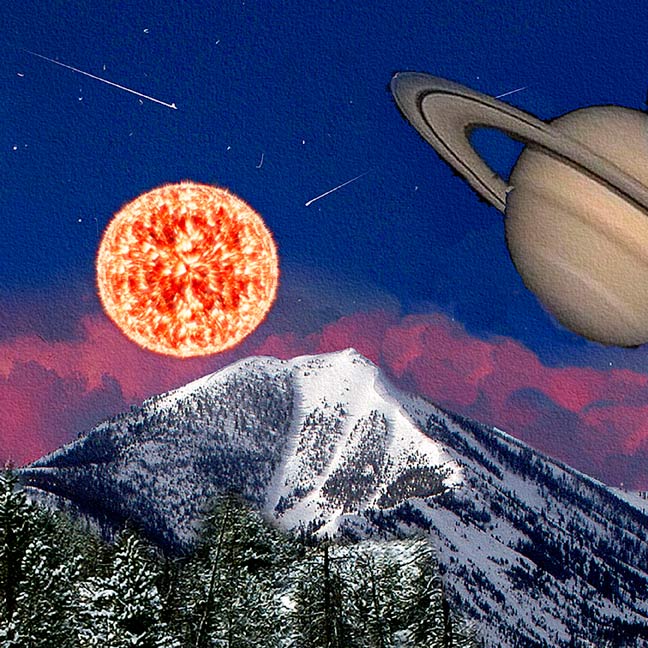 With Saturn and the sun passing through the constellation of Capricorn and lining up for the first time time since 1664, astrologers warn that anything you try to do on Thursday, the 21st of December will be more difficult than usual, take more time and be more frustrating. That is, except at the Park Creek Ski Area where all trails were groomed for skating and some nice classic tracks were laid down on Wednesday.  At Alturas, Davinius hopes to do a bit of grooming on the shortest day of the year if he is not frustrated by the rare planetary alignment.