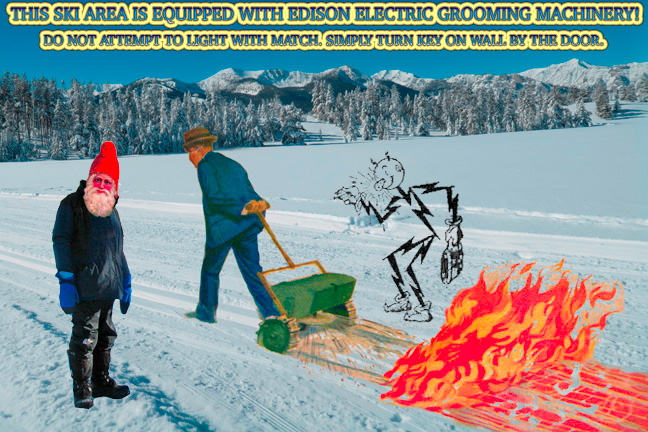 On Sunday, January 27th, 129 years after Thomas Alva Edison received his patent for the electric light bulb, the Alturas groomer was down and out of service with a suspected electrical problem. Davinius, Reddy Kilowatt, and master mechanic and local fire chief Scott are meeting at the scene on Monday to look for loose wires, burnt fuses and melted connections. Your prayers for a divine intervention and a speedy recovery would be greatly appreciated. First man Adam had better luck grooming at Park Creek on Sunday where he touched up trails with no shocking events to report.

On January 24th, the 171st birthday of painter Vasily Ivanovich Surikov, an unusual and perhaps hallucinatory sighting of Russian bears parading down the Alturas Lake ski trails was reported by art loving visionary groomer Davinius. He also reported that all trails were ginzu groomed except for Sheep Thrills where, of course, no sheep of any sort could be found. At Park Creek, trails were groomed on Thursday as well. 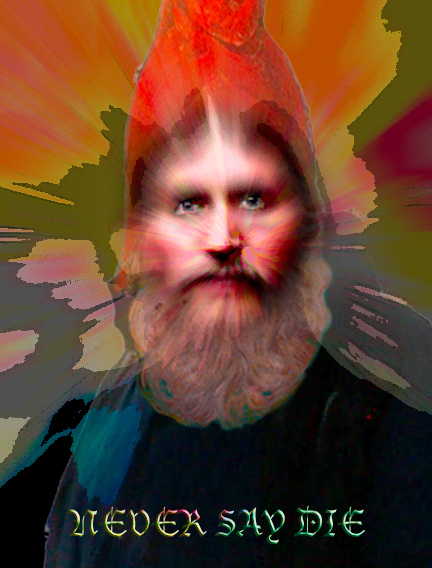 On Monday, January 21st, the 150th birthday of Grigori Rasputin, Alturas Lake groomer Davinius Rasputinius rose from his bed and took to the trails with a resounding shout of “never say die” to ginzu groom all trails to the east of Alturas Creek for skate and classic skiing. After a day of excellent backcountry skiing, new groomer Chad planned to groom on from the bridge to the lake on Tuesday. At Park Creek on Monday, first man Adam groomed all trails for classic and skate before heading to his bed, struck low by the dreaded “Stanley Crud”. Wishing the best of health to all and to those of you still standing, we recommend that you take this opportunity to ski on and never say die… 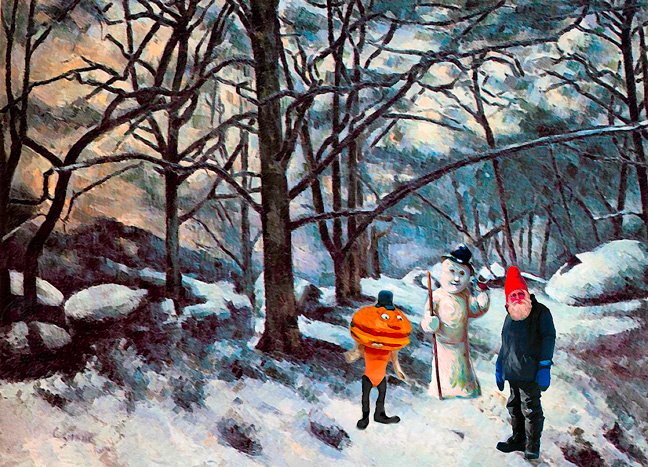 On the night of January 19th, the 180th birthday of post impressionist painter Paul Cézanne, semi-retired trail groomer Davinius dreamt that he had met with a new grooming team made up of the Snowman and the Hamburger Man to discussed angular brushstrokes in the the “Melting Snow of Fontainebleau”. After powering through difficult warm snow conditions on Friday, new groomers Adam and Chad did return to the trails at Park Creek and Alturas Lake on Saturday as precipitation shifted between snow and something a bit wetter. Resulting trails were reported to be in pretty good condition, not nightmarish but not exactly dreamy either. Additional grooming could occur Sunday if the weather permits. 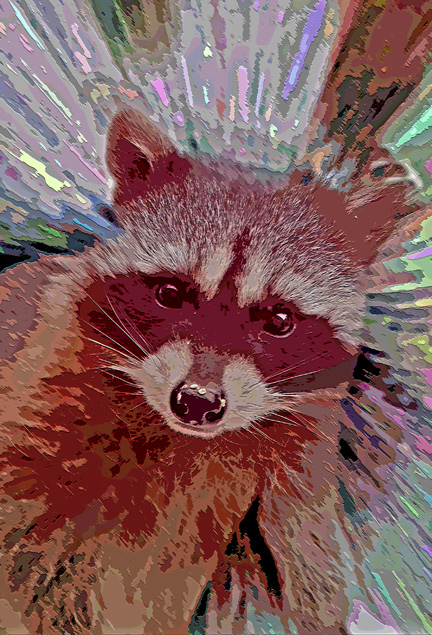 On January 18th, deep new snow and bottomless off trail conditions made grooming difficult at the two Sawtooth Valley Ski Areas. At Park Creek a tough curve and soft snow left second year groomer Adam teetering at a precarious angle above the babbling creek bottom as hungry raccoons gathered menacingly in nearby trees. Legendary woodsman Rob Beck has been dispatched with his quad track snow ranger rescue unit to pull the stuck machine to safety and we are anticipating a successful effort. At Alturas Lake, new groomer Chad was cautioned to be extra vigilant and to take a conservative grooming line through similar dangerous locations. We applaud and recognize these brave and intrepid men who make our corduroy possible.